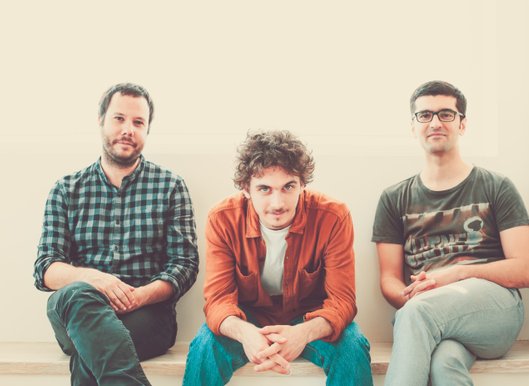 Three excellent musicians who met in Greece in 2012 and immediately felt a very special chemistry between them, which developed more during their live performances in venues and festivals in Greece and other european countries.

Nowadays Spiral Trio is considered among the most important trios in the greek jazz scene. It is a modern jazz piano trio, influenced by the greatest piano trios of jazz history, keeping at the same time a clear connection with the tradition of jazz playing. Constant interplay together with the high level of their musical and improvisation skills bring the elements of surprise, a wide pallet of musical images and a remarkably rich imagination on the narration.

The repertory of the trio consists of original compositions of its members, as well as jazz standards that function as starting points that lead the music to different musical spaces.

In 2015 Spiral Trio was awarded with the 1st Prize at the 1st Greek Jazz competition “Apollon” for Jazz ensembles. Notable festival participations include Gmlstn Festival in Sweden and Athens Technopolis Jazz Festival in collaboration with Athens Municipal Symphony Orchestra. 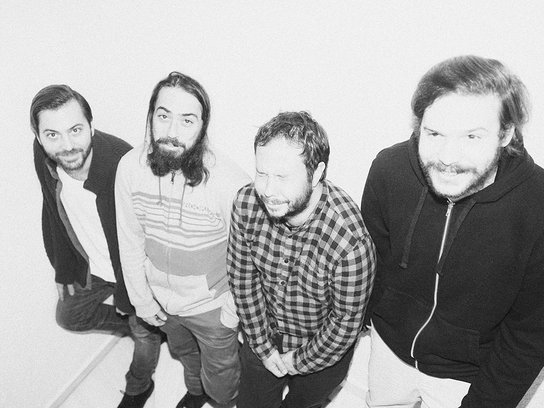 "We live in an age where revivals of everything vintage are the norm in music. However, most of them seem to get caught up in just recreating a certain sound, with certain gear, ignoring the true essence of creating timeless music. Sociopolitical

stimulus, the drive for freedom, the wish for experiencing the unknown, the unawareness of danger, the longing for true communication...

Throwing four musicians, all hailing from musically diverse backgrounds in the studio and hitting the REC button. It's all about building bridges and not burning them down. And that's what TFATFY'S music is all about.” 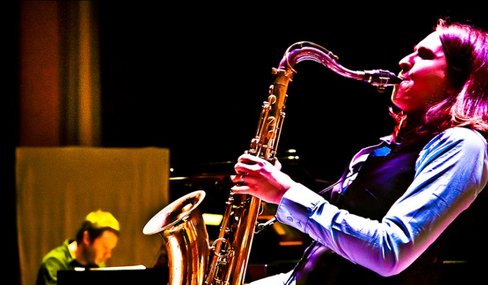 French saxophonist Christine Corvisier and Spyros Manesis started playing together in Amsterdam in 2010, when still studying at the Consevatory of Amsterdam. They formed Christine Corvisier/Spyros Manesis duo which is combining mainstream jazz tradition with a more modern touch. Their sound is characterized by intense interplay, lyricism, intense rhythms and rapid changes of moods and musical atmospheres. Ever since the duo have toured France, Germany and Greece.

The music of Christine Corvisier/Spyros Manesis Duo has been released in their album “First takes”, (Unit Records 2016) and has received rave reviews.  The tracks of this album are exclusively first takes recorded during a 2-hour studio session in our last tour in Greece. The session happened spontaneously, with no intention to be published, the music however that came out was so pure and alive that wedecided to release it. The recording captures in a remarkable way all the crucial elements of the music of our duo, such as musical sensitivity, lyricism, virtuosity, creativity and intense interaction between the two of them, which create tension and lead the music to a wide range of musical images. No additions or editing were done after the recording session