With his remarkable musicality which is expressed whenever he composes or improvises, pianist Spyros Manesis is already a dominant figure in the Greek, and an active member of the European jazz scene.

On 2008 he made his first album as a co-leader with project TRIOISM (ANKh JAZZ). On 2011 he released “Undelivered” (JACC Records) with almost exclusively original compositions and arrangements for piano trio with Joao Hasselberg on double bass and Kaspars Kurdeko on drums. He has recorded his own arrangements for solo piano of songs of Lena Platonos’s which was his subject on his master research and was presented with huge success on 2012 at Michael Cacoyannis Foundation. He has been a member of Chronos Project along with Dimitra Galani, Christos Rafalides, Thomas Konstantinou and Petros Klampanis. On 2016 he released “First Takes” (Unit Records), a duo album with original compositions by him and saxophonist Christine Corvisier. On 2017 he released "Spiral Trio" (with Arionas Gyftakis and Anastasis Gouliaris) and on 2018 he released "Well excuse me" with his project TFATFY (Minas Liakos, Stelios Provis and Serafeim Gianakopoulos)

On 2015 he was awarded with the 1st prize in the 1st Greek jazz competition for jazz ensembles, “Apollon”, with his project Spiral Trio (Spyros Manesis, Arionas Gyftakis, Anastasis Gouliaris) 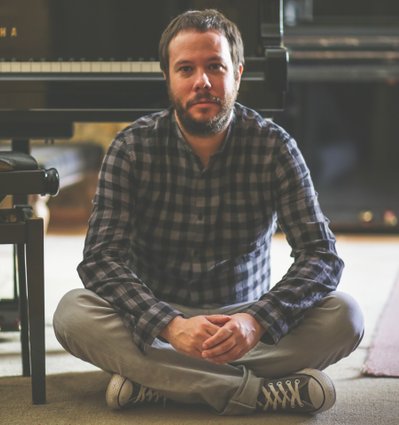